I did a podcast l, my first podcast, earlier today with, mostly, new friends. We discussed what it means to be mature and what it means when you say ‘significant other’. In the end I had to contend that those peeps didn’t repeat much of the significant keywords I have brought — which I will bring up again for other occassions, in a more persuasive manner.

I guess I was too shy to fed them up with concepts such as ‘antifragile’ or ‘robust’ — some Taleb dictionary. Maybe it was an inherent acknowledgement that words might not be enough to persuade other people on my behalf. Maybe I didn’t had enough fun to bring up those concepts. Maybe there are other things I couldn’t understand at the moment. Whatever the reason is, I feel responsible for some of the ideas, trapped in my head, that they’re unable to stick into other people’s head.

Cheers for another day.

It’s been 39 days since my departure from Australia — I’m in Bali at the moment. This pandemic forces us to ditch all sorts of fragile plans we already made. Only the best plans survive.

There’s no probability without ergodicity, or in the layman’s terms, there’s no hope without survival. Lots of us trying to survive this pandemic by securing our survival behind locked down homes, and there also lots of us trying to not worry about it just because they can only work outdoors, along with the plague — even though with the possibility of death, it’s so scary outside. The difference between Australia and Indonesia is so stark that people speed up when the traffic lights went yellow, instead of stopping; this breaks my heart.

In a way, I see those people disregarding the traffic lights as neglecting their own lives. Well, of course, they neglect their lives, I’ve been there, I know how it feels to speed up under a yellow light of the traffic light. The experience of living in Australia and its media were so positively profound that I craved myself to build a similar paradise, at least in Bali. I can’t say ‘inspired’ since it doesn’t reflect a basic need in the choice of words — it’s a discourse on survival! Imagine how many talents are lost only due to crashes in the roads.

This reminds me of a childhood friend; we were in the same primary school and frequently compete in band competitions. He didn’t had any significance in my life. Why, because he died in a car crash. It’s possible if he didn’t die, he might have made something valuable for the world as he trained to be an engineer. But, he died. He lost his chance, his probability.

That doesn’t happen in Australia. You will be delivered your fines, stupid amount of fines when you break laws on the road. Caught driving without a license? Up to $2,000 fine, or Rp20.000.000. Speeding? They got cameras. Traffic lights? They got cameras as well. Caught driving while drunk? Oh, failing to comply with the police might make you end up in the jail on the same night.

Now, for possible words of anger. Maybe it’s the Indonesian traffic police whom could be hold accountable for the lack of historical jumps made in Indonesia, just because they weren’t able to reduce the amounts of car crashes. Maybe we can blame it to the society who normalized the speeding up under yellow lights. Maybe it’s the laws that are insufficient to be able to steer society towards better living conditions.

I crave for a similar life in Australia — no, the mindset. I see it with my own eyes that the grass is not always greener on the other side. I can see where Indonesia can improve herself in saving her citizen lives, and I can also see where Australia can do the same. For example, they can provide trees for the people of Darwin so they can walk safely without total exposure of sunrays. As for Indonesia, it’s the society’s reckless neglect of life that haunts me.

It’s different from the disregard of life in the face of adversity, such as healthcare workers, whom are selfless amidst this pandemic. They trade their lives so others might continue on living. What possibly might be traded for a neglected life, speeding up through a yellow traffic light? I welcome the answer if it’s not ‘for nothing’.

While we might not know the answer, survival allows all sorts of people to enjoy the fruits of their sacrifice. Staying alive is the key, while you probably can still provide value to other people. Let’s not die for nothing.

I’m involved as kitchen steward in Ayers Rock Resort at the moment. This is fortunate since I wrote in my Evernote that I have to stay in a single room with convex people – people who held growth mindset the strongest. What I had as features over here are cheap gym membership, a single room for housing (yeah), a job/weekly wage, libraries, and volunteering activities. I completed my list only by working in Ayers Rock Resort, such a nice place.

For me, working in Ayers Rock Resort is a safe choice for growth. I wish I could build places of growth in other areas, especially Bali. I still stick to my previous list in order to build a safe place for growth (see below).

The ‘Now’ Page is how I answer ‘how are you?’ from distant people. I can write all sort of things here whatever I wanted, since the person is already asking for an answer. Just saying good will never be enough; we humans have the tendency to talk more about ourselves. It’s just tiring to think of a satisfactory answer towards a ‘how are you?’ so here it is.

I made a written note that I will have to cultivate my own tribe and to make a living from the media industry – a big industry. But first of all, I’ll have to be proficient in cooking by all means, since it’s a survival skill. Also, there are other things where I’ll have to be proficient as well: drone mastery, modelling, acting, travelling, videography, and photography. All those activities will be based in Bali for as long as possible. Those activities are guided by these questions:

At the moment, there are no questions more important than those. Manufacture is profitable, but what I’m trying to produce is unprofitable for the past millennia. On the other hand, that’s what people needed. When people need something, they usually are willing to pay for it.

Say, I’m able to answer those questions with my products. The consequences are dire that the unfortunate person won’t have any persona before they pay or subscribe; that the unfortunate person won’t belong to any society, that they will have to pay or subscribe just to belong to a society. This is a dystopia I haven’t seen anywhere else aside from my thoughts — it’s a nightmare. Even though it’s a nightmare, it’s still a dream.

It is my duty to fulfill my dreams.

Plenty of things coming: my movie will be on screen on 26th of September 2019; my mom’s pushing me to apply for the Chevening 2019 scholarship — in which I have to prepare myself; I got fired from my supervisor position not because of my own incompetence. I earned those thanks to the privileges I have held, the family I am born in, no punches held. My next step after seizing those opportunities would be the production and distribution of privileges (the life of a flaneur).

Social contagions, as any contagions would do, is not robust enough, both as distribution method and for its contents. Since humans already natural producers and distributors of (social) contagions, it’s time we make it intentional. It has to be done in conscience, something that is mastered both individually and collectively.

The problem: the seeds of contagions are being wasted away because they don’t have the correct place to grow on. As an answer, entrepreneurship tries to nurture every single living profitable thing. A further answer would elaborate the self as a garden in which we may nurture the seeds of contagions, either moral, immoral, or amoral contagions.

Just moved to another job: labor supervisor. My intention at first was to make a horizontal career move; it end up being a lateral movement. It begun being better than expected — I’ll have to be patient and persistent in facing the challenges I have never imagined before.

It started when I have to move from my apartments, for the landlord stopped our lease (this what I call true risk — something that has rizky in its tails as well). The sudden news flamed my survival instinct that I found a way to be faithful: I forced natural walking therapy into morning routine. At first it’s only around 25-30 minutes, but now 25-75 minutes. The therapy tore down the things I don’t really need out of confusion.

I’m not confused anymore: I have let go of broad erudition since I’m not the person who can specify into one thing, like Nassim Nicholas Taleb focusing on risk and probability. Right now I’m picking seduction, so no more hostility towards my attitude on books.

‘Seduction’ is fully backed by the employer (for me, this is the main reason why he invited me to become a supervisor even though I don’t have any prior work experience in farms). Seduction, as a line of domain independence, is the main and vital thing in distributing goods to the people who needed those goods. You never know what people want until you market it.

Seduction is helping people out of confusion.

My top priority is on survival. Survival is about work, staying on positive terms around my housemates and people in Indonesia (this is about emotional needs; you can help as well), and how to improve my life. This post came out of my mind, as a result.

This page is subject to edits and/or updates.

Work and holiday maker in Australia (462). Wondering what I’m up right now? Visit my ‘now’ page.

Try the translation; don’t be lost! 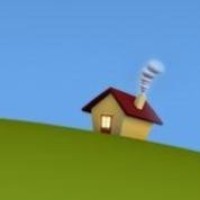 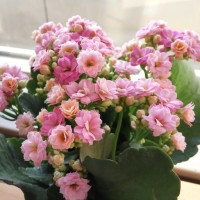 life is an adventure. seize it.

Say it before it explodes ^^

it's all about the blessing for akira, mimi and baba

Our Journey
My Ph.D Life

and all of his rants about life

here is something you ought to know.

but alas i love you